Saturday the 18th of March saw 14 OK’s turn up for the challenges that lay ahead on the water with 1 lap outer/inner loop courses set for the National 12’s and OK’s. 8 races; 2 beats, 2 reaches and 2 runs lined up in 18-25 knots of breeze. 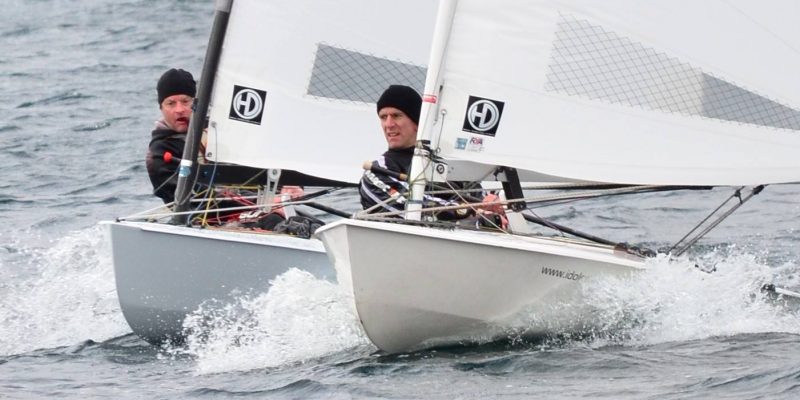 4 time World champion Nick Craig made his intentions clear in the first race taking the bullet after a hard fought battle with 2 time World Champion Jim Hunt and Richard Burton nipping at their heels constantly. Race 2 was Jim’s turn at the font while an OCS bumped newcomer John Wayling up to third. The next 3 races were all won by Jim but never by more then a boat length or 2 ahead of Burton or Craig who shared the 2nd and 3rd places. Lunch at the club was superb and refueled the sailors took to the water again. 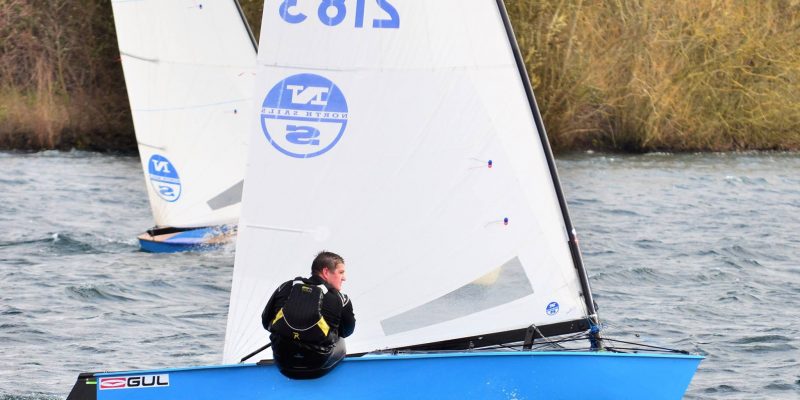 The next 2 races were won by Craig with Burton and Hunt sharing the 2nd and 3rd places this time. With the points very tight between the top 2 a winner takes all race was lined up between Hunt and Craig. Burton however decided that he wanted to take the race win popping up at the top mark with a healthy lead. 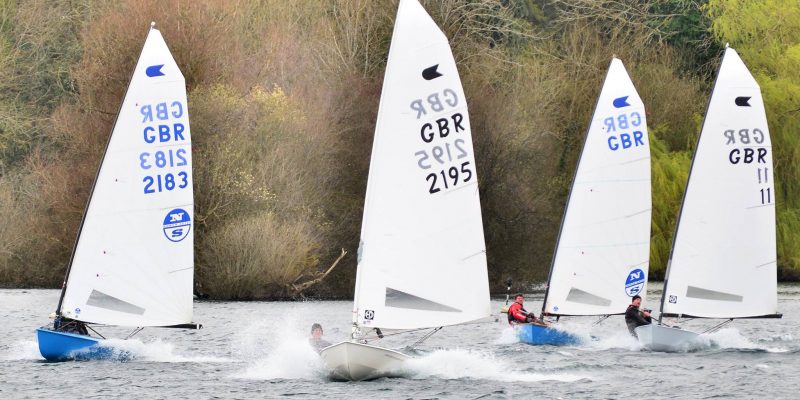 Luke Gower lead the chasing pack in hot pursuit. On the last beat Burton managed to capsize to windward after a momentary lapse in concentration. Gower managed to hold onto 1st while Craig finished 2nd and Hunt 3rd.

This Gave Hunt his first victory of the HD sails OK inland series while Craig finished 2nd and Burton 3rd despite a refreshing dip.

There was a lot of close racing throughout the fleet and again more new faces in the fleet adding to the positive start of the year for the OK in the UK the next event is the Spring Cup in Medemblik on the 5th, 6th and 7th of May with 30 boats already entered from 6 countries.