Report by John Greenwood who finished a very creditable 3rd in a borrowed OK at the 2020 Inland National Championships.

Burton Sailing Club and their team of hard working volunteers did an exemplary job at hosting the 2020 OK Inland Championships that took place on the COVID-19 restricted weekend of 26/27 September. 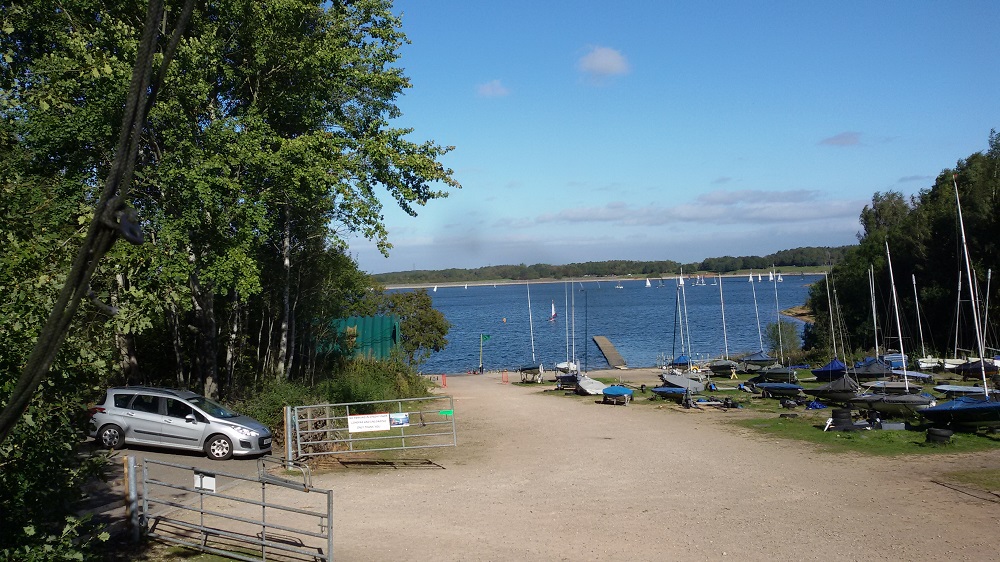 With risk assessments completed, supplementary documentation produced and communicated in advance, along with the usual NOR and S.I’s, 22 seasoned OK competitors and an old Finn Sailor (I can say that because they asked me to write the report) assembled for a 6 race programme over 2 days.

Racing was briefed to be ‘round the cans’ with a lead boat, taking advantage of the full area of the lake.  Saturdays forecast was for a gusty NW air flow at around 14 – 16 knots with irregular gusts over 20 knots with Sunday forecast as a little lighter from a similar direction. The water (this reported can tell you) was warm enough to be comfortable when sampled.

Race 1 got away on time and was dominated by Andy Davis and 4 time Class World Champion and Hall of Fame Member Nick Craig, with Nick ending the race as winner from Andy with Richard Burton 3rd , Ed Bradburn 4th and Furgus Barnham in 5th.

Race 2 got underway to a slightly more challenging course in an equally sifting breeze with the old Finn sailor dominating the first lap after a port end flyer, only to become victim to the much more graceful and effective Nick Craig and Andy Davis with Richard Burton scoring a consistent 4th and Furgus Barnham an equally consistent 5th.  Close racing was enjoyed throughout the fleet with an undecided breeze keeping everyone in the game.

Following a welcome lunch break and excellent catering from the ever enthusiastic, helpful and friendly Burton Team, 2 more races were scheduled to complete the day. Supported by  another course change to keep the fleet engage and strong gusts still prevailing, Race 3 got underway. Whilst the old Finn sailor managed to show enough speed to lead round the first mark, again it was Nick and Andy who dominated with Nick taking the honours once more. Andy sailed smoothly in 2nd with a  gap to the consistent Richard Burton finished  3rd and Tony Woods scoring a credible 4th after scoring a BNF and a 10th in the first 2 races. 5th spot went to the old Finn sailor after  demonstrating too much speed going in the wrong direction.

Another interesting course change combined with that same undecided breeze saw race 4 get underway with again racing dominated by Nick and Andy with a deserving Andy this time taking line honours from Nick in second and Ed Bradburn taking a hard won 3rd place from the old Finn sailor in 4th and the consistent Richard Burton in 5th. That left Nick Craig as overnight leader with 5 points, Andy Davis 2 points adrift with 7 points, then a gap to the consistent Richard Burton with 15 points.

After more hospitality from the ever attentive Burton Team on Saturday evening, Sunday morning was blessed with bright sunshine and a lighter but still undecided breeze, much as forecast. After a couple of attempts to get race 5 underway due to the undecided nature of the wind, Nick Craig resumed his dominant position with a balanced and generally unmatched display of affection and empathy with the undecided breeze. 2nd place went to the deserving Ed Bradburn showing much better liking to the lighter conditions, 3rd place was secured by Ben Pickering after showing much improvement from a disappointing 14th and 13th on Saturday afternoon.  4th place went to the ever youthful legend that is Roger Tushingham and 5th to Terry Curtis who was keeping in the game finishing the previous day with a 6, 6, 9 after a disappointing 19th in the first race. Andy Davis finished 6th with the aging Finn sailor struggling once again going very quickly in the wrong direction. 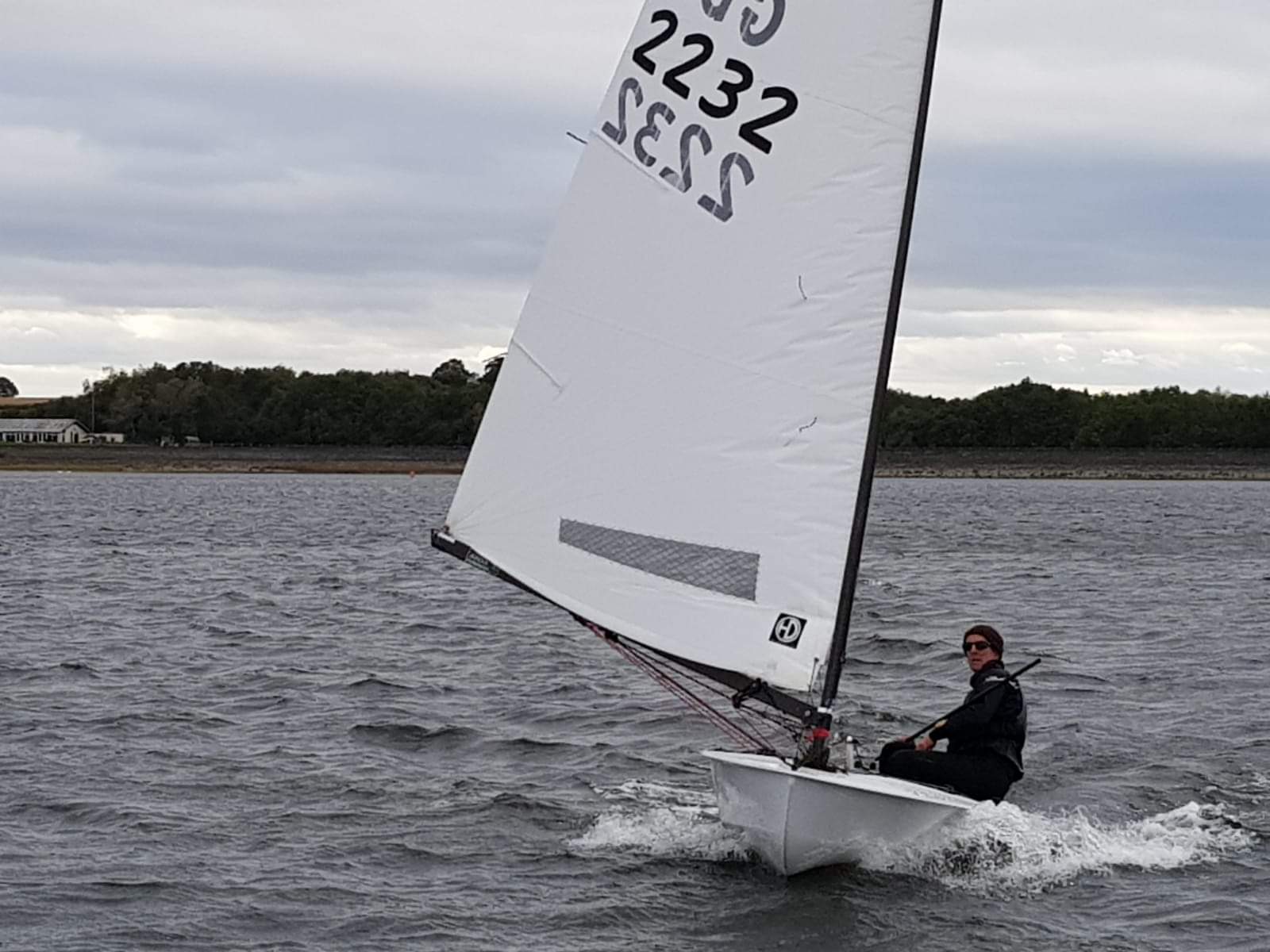 More fleet engagement followed to keep the fleet interested and to accommodate the still undecided breeze, forecast to shift right by 20 degrees or so during the morning. After a couple of attempts to get the fleet away and forced to fly the U flag, Nick Craig applied his empathy and a sound technique once more to lead round the windward mark, followed by the old Finn sailor, now a little more focused on direction of travel, closely followed by the rejuvenated legend that is Roger Tushingham. Whilst Nick smoothly showed the fleet how the OK should be sailed in the undecided breeze,  the old veterans enjoyed a respectful battle with the single handed experience of the old Finn sailor finally showing ahead of his much older and more sprightly pal. The improving Terry Curtis crossed the line 4th with Andy Davis 5th.

After a dominating the racing, truly revealing his 30 years experience sailing OK’s , Nick Craig was proclaimed the 2020 Inland Champion. The ever present Andy Davis was a credible 2nd and after benefiting a last race OCS score from the improving Ed Bradburn and the consistent Richard Burton scoring a DNF, the old Finn sailor was given 3rd place overall and 1st vet. 4t 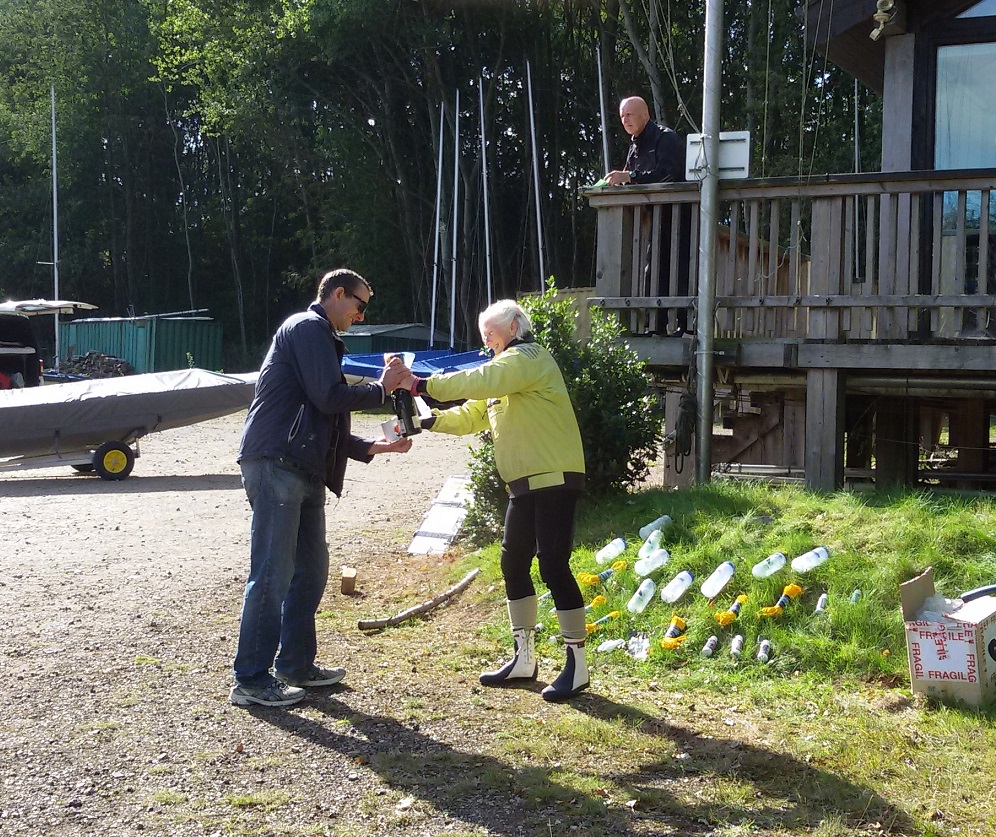 A heart felt thank you was given by the OK Class to Burton Sailing Club, without who’s diligent efforts, the regatta would not have taken place. Those warm feelings of gratitude were reiterated by the Champion, Nick Craig who clearly enjoyed, along with all the other competitors a welcome return to OK racing. 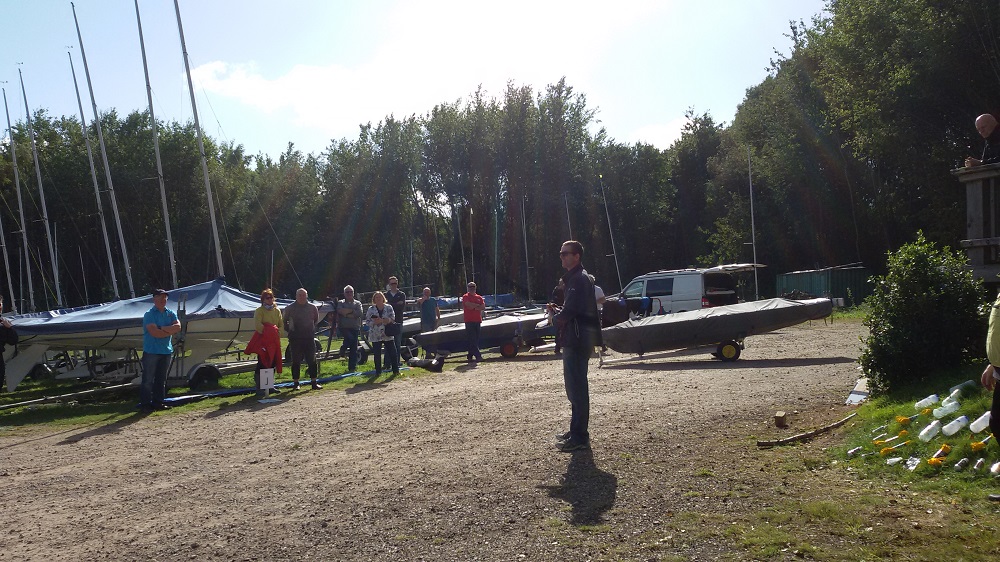 A final note from the old Finn sailor….what a fantastic little boat. Warm welcomes, great racing and a light load on the trolley for a change.