Overy Staithe Sailing Club ran the annual OK open over the weekend of the 26th and 27th June.

With early racing both mornings it makes a very unique open allowing the visitors time to explore the local area after racing.

Andy Turner with his race team took charge of the weekend which we shared with the Europe Open. 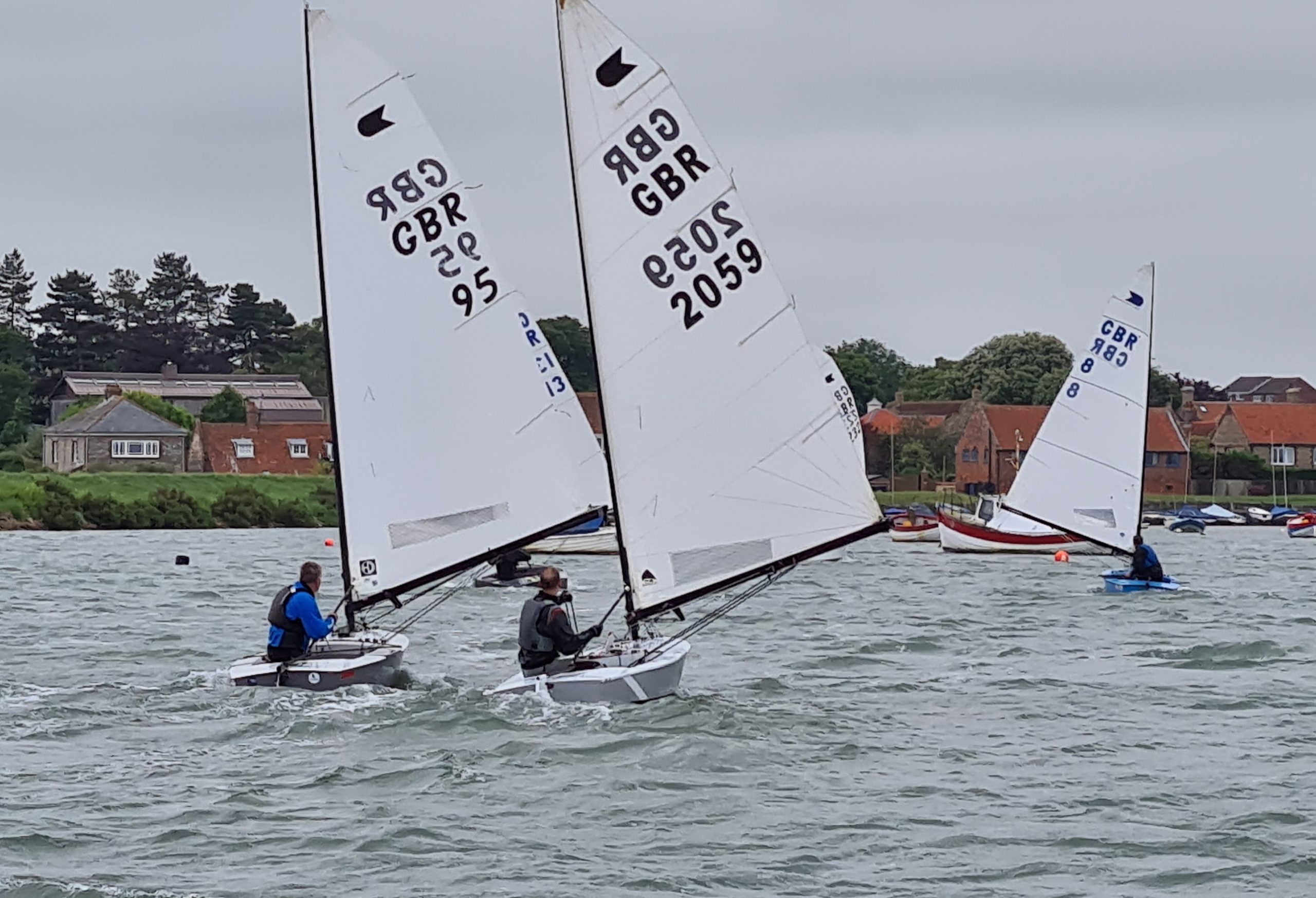 The wind blew from the North East both days with a light to moderate breeze on Saturday with almost perfect moderate (and a little more at times) OK conditions on Sunday. The only thing missing was the sunshine! Both days were sailed inside the harbour – Saturday because we would have struggled to get out through the channel with the strength of the tide and light breeze and on Sunday we had more than enough breeze inside!

There was plenty of place changing in both races around the race course with Peter Turner, Dave Cooper and Rodney Tidd all in the mix at the front but in the end Nick Craig took both wins on Saturday with Alex Scoles, Burt(Richard Burton) and Duncan Ellis posting top 3 positions during the morning. 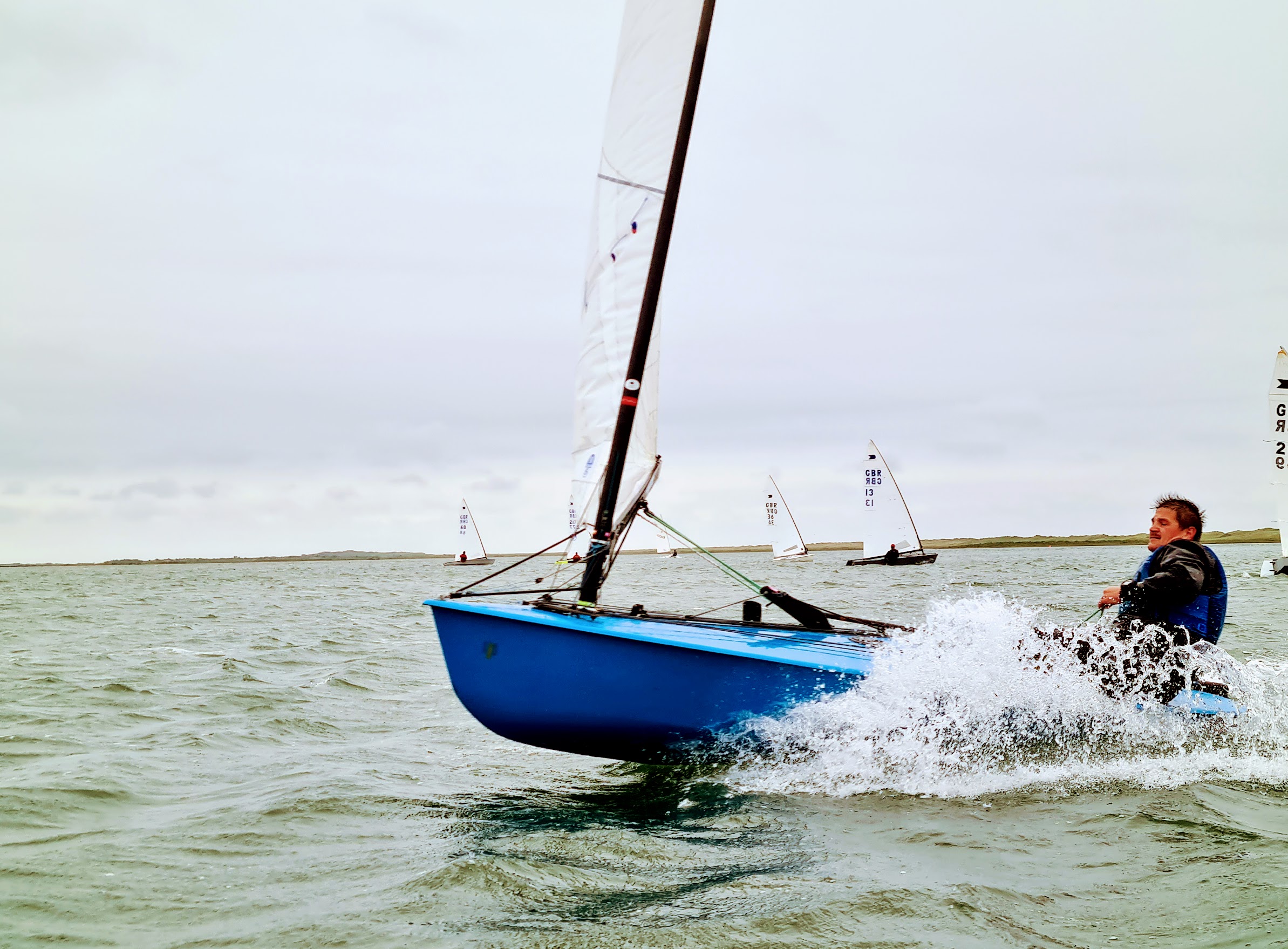 Local sailor Alex hosted a socially distanced BBQ in the afternoon for the sailors followed by grandstand viewing of the Europe racing who were sailing on the evening tide with both Alex and Dave Cooper also taking part leading to vocal support on the beach! 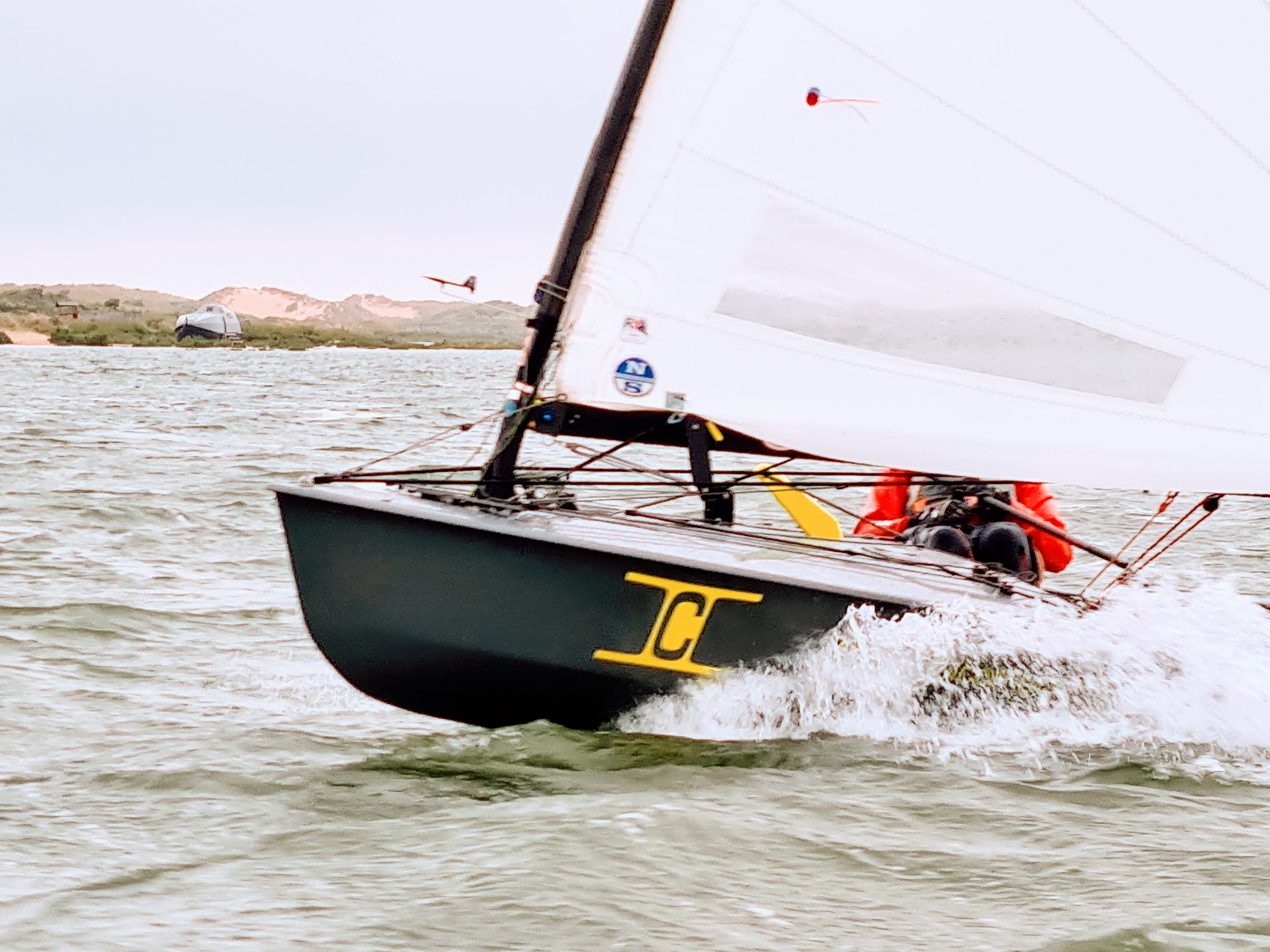 Finally it was great to see some new faces join the class including Dom Mortimer who travelled from the Isle of Wight and Ben Falat who has built his own boat! 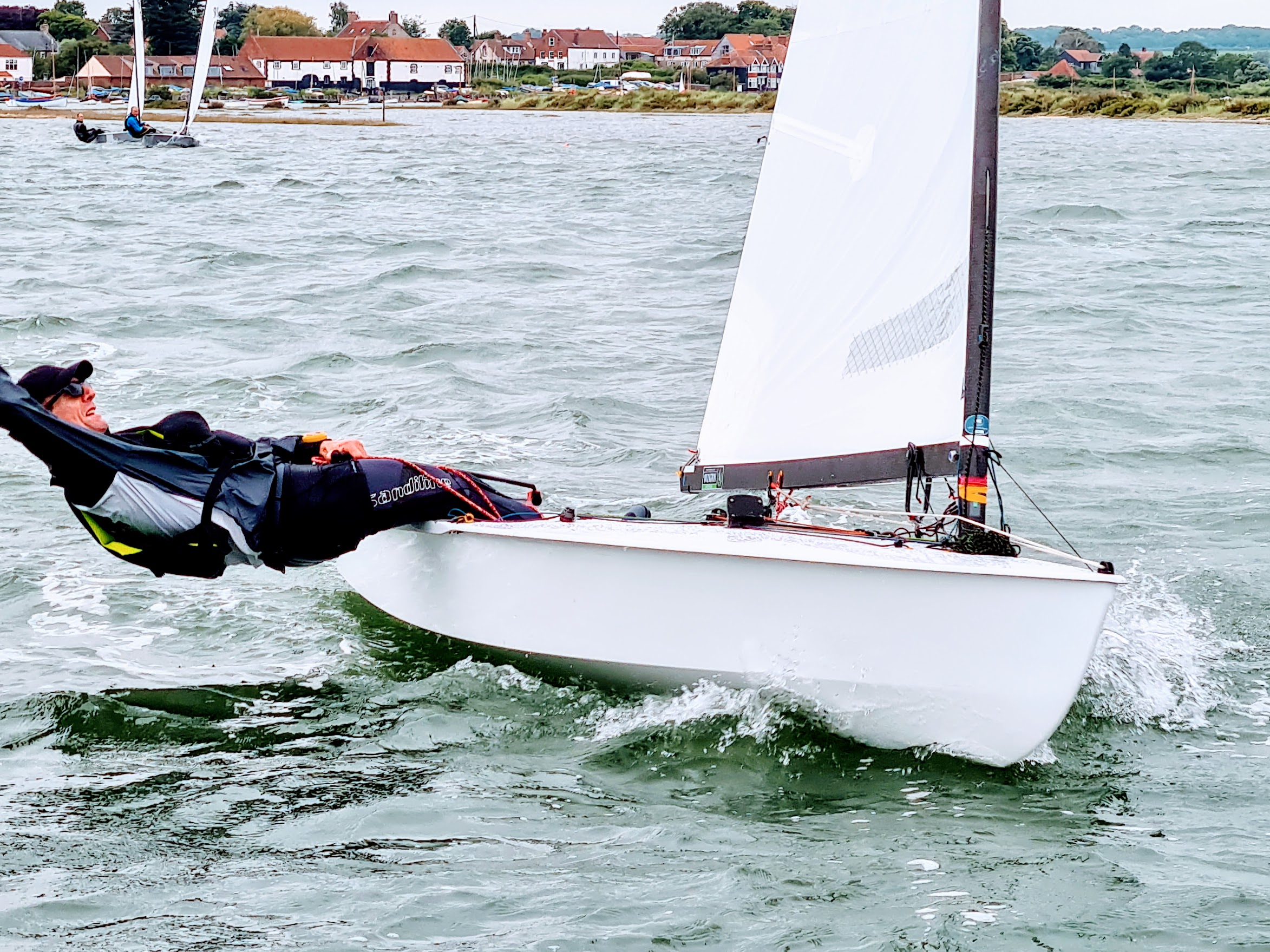 Thanks to WiIl Turner for the pictures.